‘Tis the season to be jolly, and, according to new research, it’s also the best time to make a baby.

Researchers at Indiana University analysed over 270,000 pregnancies between 2004 and 2009 and found that pregnancies conceived in December had the highest chance of a successful outcome.

Conversely, researchers noted that there was a notable slump in healthy babies born around February, with June considered a ‘toxic’ month for conception.

Dr Paul Winchester, medical director of the university said: “The June effect was something that we saw develop at a very early stage. White mothers have the lowest survival rates in June and significantly shorter pregnancies with premature babies. If you want to avoid a birth defect or a premature birth then it might be worth avoiding June.”

The findings have been backed up by researchers at Cambridge University, who found that babies born in summer months were likely to be stronger and taller. 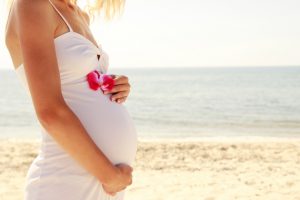 differing levels of light and vitamin D affecting babies whose mothers are able to soak up more sunshine in the later stages of pregnancy.

National Birth Records support the research showing more British babies born in September than in any other month, but this could be as much to do with Christmas as anything else, with festive cheer, goodwill and (for many couples) a decent amount of time off together creating opportunity for more romance, spontaneity and quality down-time.

If you are trying for a baby, it seems that now is the perfect time to conceive; if not, beware drunken flings at the office Christmas party – and don’t forget the contraception!

By
Mumfidential
More from Mumfidential
A mother used Facebook to urge parents to look out for the...
Read More