Author and mum, Caroline Corcoran's book selection will keep you interested (read: awake) during a 1am milk session

It’s easy during night feeds to get into a phone scrolling habit.

The flick through social media/ the ‘new in’ section on the Zara app/ crucial news about someone from Love Island getting into a fight at an awards ceremony keeps you awake, ergo it’s the perfect thing.

And – frankly – if you do happen to see some news headlines along the way, that’s a bonus too as it’s the only chance in hell of you keeping up with current affairs at a time when you’re averaging four hours of broken sleep a night.

After a while though, you might be after something that’s a bit more rewarding – and makes it easier to nod back off after the feed (stimulation from your phone = the devil).

Two children and a lot of night feeds later, here’s my suggestion: get some good, brilliantly plotted books that you can dive straight into and then feel super smug at how many books you’re getting through during the hours that everyone else is doing something so lame(ahem) as sleeping.

It’s not a time to tackle Dostoevsky though. God no. Instead, give these a go for your midnight reading feast*.

*FYI if you’re struggling to hold books while you’re feeding or don’t want to turn the light on for fear of waking your baby up too much, backlit Kindles are sent by the maternity leave gods.

It’s beautiful, it’s hilarious and it’s light but it’s also a bitlike having a hug from womankind as a whole. And when you’ve just had a baby and you’re so sleep deprived you’re putting tea mugs under the bottle maker, you need a hug from womankind as a whole. Plus this is the perfect opportunity to read an absolute modern classic. Most crucially of all though, it’s short so you’ll get a quick hit on the smugness of having read a wholebook while feeding a baby. Get you! Multitasking! You’re acing this! 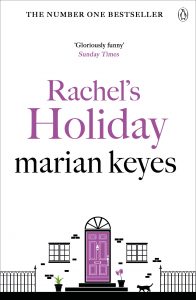 …and for that matter, every Marian Keyes book there is but this is arguably her best. It’s addictive so you won’t find your eyes drooping because you’ll care so, so much what happens. And it’ll make you laugh which frankly, we all need when we’re pumping through mastitis/ sterilising the teat we just dropped on the floor at 3am in the bloody morning. 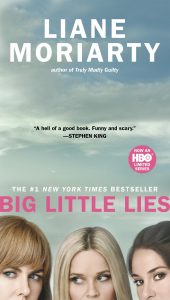 If you haven’t watched the series, read the book. If you have watched the series, erm, still read the book. And everything else this genius has ever written. Firstly, if anything other than teething screams/ the aforementioned mastitis/ checking your child is breathing six times an hour can keep you awake, Liane Moriarty can. Hell, rumours are abound that Liane Moriarty books have occasionally made exhausted parents stay up even when the baby’s gone back to sleep. Serious. And secondly, there are somany comic moments of parenting and life at the school gate in here so you can read and see the future (minus, you know, the murdering). 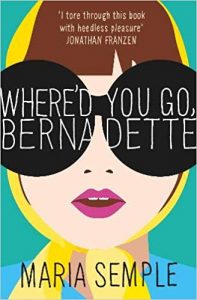 You might be a person that reads parenting manuals, or you may not but either way, Maria Semple’s modern classic is ideal fodder to remind you that there isn’t only one way to be a mum via one of the most exquisitely written characters we’ve read in years. More crucially than that though, when you’re up for the fourth time tonight and you feel like weeping all over your leaky boob, it’s darkly hilarious and brilliant.

You Think It, I’ll Say It, Curtis Sittenfeld 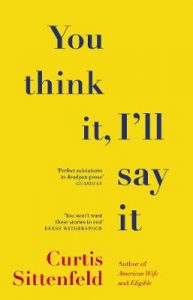 A short story collection can be just the right thing for night feeds, or for if your reading is a bit all over the place at the moment. Some people (Former Me’s putting her hand up) will swear blind that short stories aren’t their thing and they need longer to get to know characters and delve into a story. Fair enough. But we’re not in normal times here – when the hell else do you think 2am is the perfect time to get back to that WhatsApp chat –  so it might be the ideal window to take yourself out of your comfort zone. If any collection of short stories will convert you, this one – by the superb Curtis Sittenfeld – will do it (Maternity Leave Me’s putting her hand up).

Caroline’s debut novel Through The Wall is out now 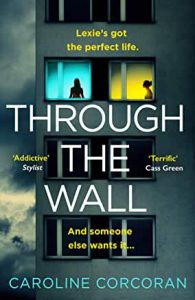 0 replies on “The Best Books To Read During Night Feeds”